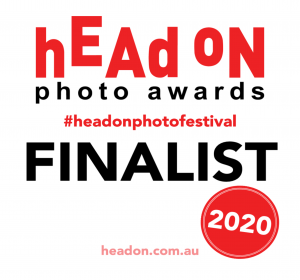 Head On Photo Awards – Anastasia was very honoured to be a part of the Featured Exhibition in the ‘Museum of Sydney’, (Due to COVID 19 the awards were held online and at a later date in venues) Australia as a ‘Finalist’ with her image ‘Pete’ – Naked Britain. ‘Head On Awards’ international photo festival runs from 1st May – 17th May 2020.

Featured in Guardian Newspaper- Link Below

Beautiful Winning Photos From The 2020 Head On Portrait Award

During ‘THE WOMEN OF THE WORLD’ festival at Southbank, London on the 6th  March 2020 I took part in a WOW BITE talk and presentation of my photographic project ‘Naked Britain’.  This was held between 12.00 – 1.00 pm

Naked Britain, my talk, my photographs.

4929 submitted and my image was one of the 150 selected. People that didn’t make it to the Taylor Wessing had the opportunity to show their work here as part of the Portrait Salon

The Greenwich Gallery, London – Street Photography, as part of a group projection program

320 Gallery, London – Nude Print as part of a group show

(ALL LOGOS USED ACCREDITED TO THEIR OWNERS)